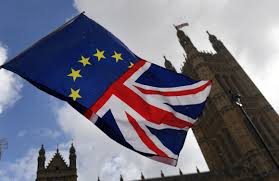 How has brexit affected  the property market?

House prices have fallen this September for the first time since 2010. The fog amongst Brexit has seemed to have taken its toll on the property market as houses have dropped by an average of £730 in comparison to the house prices in august, stated by right move. Rightmove also stated that there are 7.8% less properties available on the market in comparison to September in the previous year. This is due to the sellers waiting to pan out their move till the Brexit strategy has been determined. With the strategy of exiting the European Union without a deal, the worst case scenario could see a decrease of house prices of up to 20% as predicted by KPMG. The chancellor had also previously alleged that there could be a reduction in house prices following Brexit.

How has Brexit affected the interest rates?

How to deal with mortgage rates?

If you are on a variable rate mortgage/ tracker rate mortgage, you could face higher monthly payments if the base rate rises. If you would like certainty of payments and know you would like to pay a fixed payment for a specific term, remortgaging to a fixed rate deal could be an option for you. There are even other options of remortgaging to another lender to ensure that you have the lowest interest available to you.

To discuss your personal circumstances and see if we can prepare you for Brexit please contact us at Rosebank Mortgage Brokers today on: 0207 096 0039.